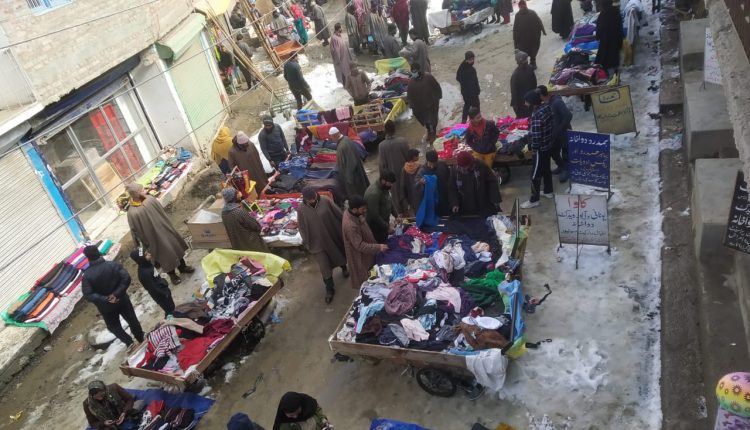 Public Hail The Efforts Of Police

Ending long nuisance in the this north Kashmir town, authorities took measure step to relocate the street vendors who had taken footpaths causing inconvenience to the public as massive traffic jams were seen in the town.

Hailing authorities move, locals, shopkeepers as well as transporters said, it’s a great move and such development is being witnessed in the town for the first time after decades.

Not only public or transporters, this move has benefited the shopkeepers as our business was somehow halted due to illegal occupation of street vendors in front of our shops, said a shopkeeper.

Similarly another shopkeeper said, it is a great and appreciable step by authorities and moreover we are thankful to police for making such step applicable on ground level.

We are happy to see that things are changing in our Sopore and some development is being taking place, we appreciate adminstration for such move, locals told.

Talking to our Correspondent, Station House Officer Sopore, Azim Iqbal said, that it was a disaster to see these street vendors occupying space causing immense trouble to locals as well as to administration, we located some places and shifted them there.

“We have received good public response and are looking forward for redressing other issues”, he added.

Amid Challenges, Performance Of Govt School Students In Zone Sopore Better Than…

Sopore Always Being Neglected On Every Front, Seems We Are In 1970s : Councilor Irfan Ali